Throughout old Malacca, the lanterns of Mr. Ang Teng Ta do not leave indifferent.
These are unique hand-painted works of art that are displayed on the stoops of homes during important events such as the Chinese New Year. Fatally they attract the eyes of the curious.
On the other hand, they also attract the covetousness of thieves who return to the mist… 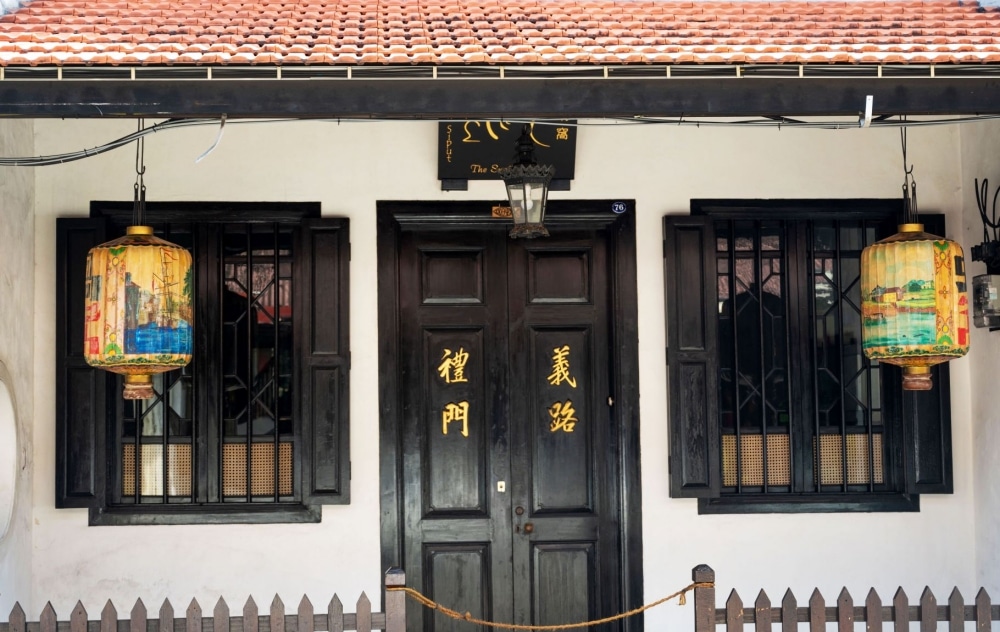 The ransom of success, so to speak.

For Mr. Ang, this good fortune began unexpectedly more than half a century ago when a Baba (a descendant of the Chinese established in Malacca since 1400) came to him to repair a damaged lantern. Duly calligraphed with the family name, the said lanterns correspond to the family coat of arms, if one can express oneself thus. And nobody is happy to let his coat of arms go to waste.
Mr. Ang, a handyman at heart, did more than repair the lantern, he restored it to its former glory. Above all, he reinforced it by adding a layer of cotton fabric to the wallpaper. The first customer was delighted, and the news spread all over Malacca.

Mr. Ang’s maternal great-grandfather was himself a lantern maker, and he learned some of the secrets of the manufacture from his mother. The success was immediate and has never been denied for half a century.

Originally, these lanterns were mainly covered with imposing Chinese calligraphies, but Mr. Ang’s artistic fibre made it his duty to give more space to painting in his creations.
A singular work and imbued with mysticism, it is indeed, perched on small stools to be closer to the “Spirits” that guide his brushes on the canvas, he works … 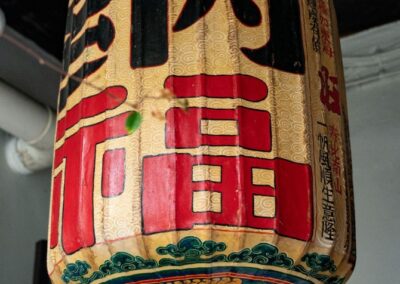 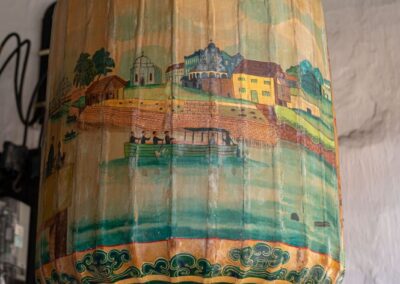 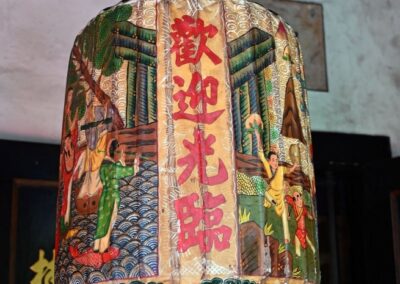 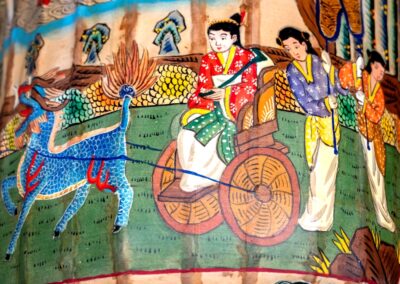 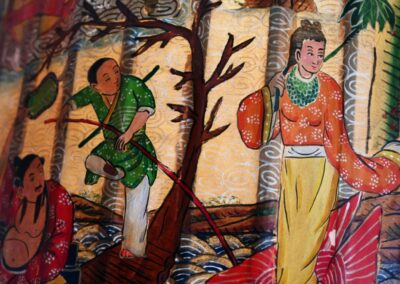