For this favorite, I want to talk about a very personal place, but one that also has a rich history. Liesse Notre-Dame in the Hauts-de-France region is a still active place of pilgrimage located next to my home village.

In August, a day of pilgrimage was organized for the communes of the parish and on this occasion, special care was provided for the children.
When I was a child, this day was like my annual summer camp.
In the morning, there was catechism and the history of the pilgrimage, and in the afternoon, we prepared a little play with costumes that we performed in front of the adults at the end of the day: I knew the story of the three knights, the princess Ismérie and the miraculous statuette by heart.
However, I was far from suspecting that this place of pilgrimage had been, in its time, a major historical place. 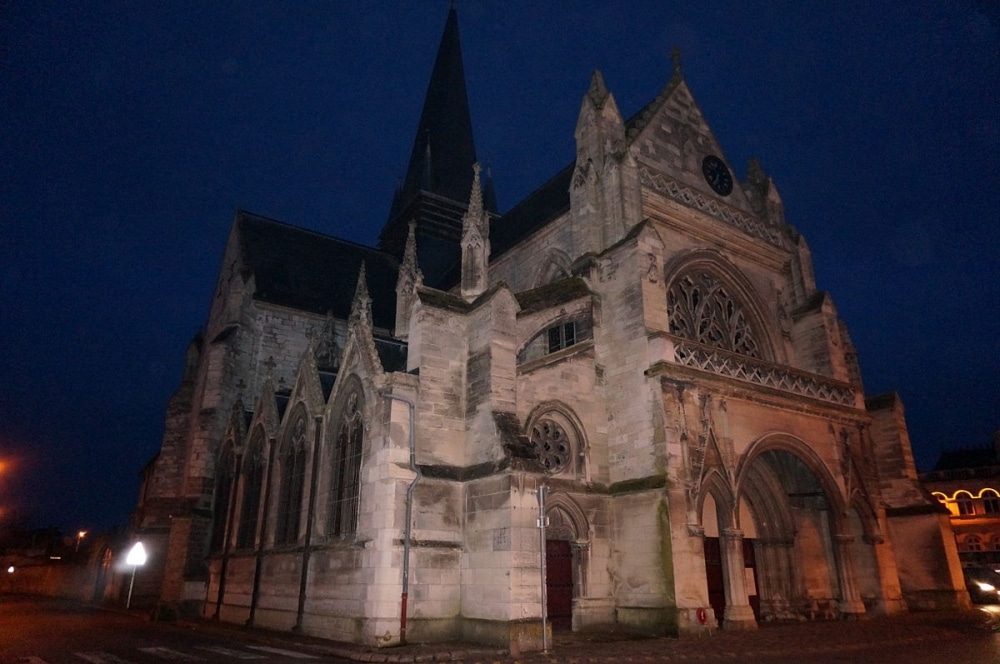 Indeed, to begin with, the three knights of the legend were not simple knights.
They were three members of the Order of the Hospitallers of St. John of Jerusalem, a half-religious, half-military order that would later be renamed the Order of Malta. This legend of the three knights is for them a founding myth of their congregation and they still come every year to Liesse to make a pilgrimage.

This place of pilgrimage will also welcome kings. Very popular in the 15th century, the period of its apogee, King Charles VI was the first to go there, hoping to renew contact with a people whose trust he had lost.
Little by little, the pilgrimage to Liesse became a tradition for his successors who went there at least once: the day of their coronation, on their way back from Reims, very close.

A small castle located in the neighboring town of Marchais was dedicated to welcome the king after his pilgrimage.
Curiously, this castle is today a residence of the Prince of Monaco. But this is not the only trace of the passage of kings in Liesse. Marie de Médicis and Louis XIII, in particular, financed work that gloriously changed the appearance of the Basilica that houses the miraculous statue. For them, the visit to Liesse is not only a tradition, it is also an opportunity to benefit from the miracles of the place, especially around the conception of heirs.

Finally, a pilgrimage that has been established for such a long time has also necessarily influenced the face of the village itself: secondary places of pilgrimage, structures for welcoming pilgrims, seats of religious congregations… have been invited into the streets of Liesse.

The most striking memory for me will surely remain the large open-air esplanade on which we used to do our little performance and which is mainly used for large religious events.

If you are interested in the unusual history of this place, I would advise you to observe the modern stained glass windows of Jacques Despierre which decorate the nave of the Basilica. Created in 1976, they retrace the main episodes in the history of this pilgrimage which, even then, had been going on for over 800 years.